I was invited to represent the Greater Dandenong community on the Q&A Dandenong TV special. It was a nerve-wrecking learning curve for me who has dreamt of being on TV for more than 20seconds and LIVE. I learnt alot from that experience. On that same night, was the 37th anniversary of the Vietnamese War ending, and I spoke about the struggles of the Vietnamese community settlement in Australia in the 90’s but “look us at now.” Read about it here.

5 Ways To Disappoint Your Vietnamese Mother

In 2008, I wrote a short story was published in Alice Pung’s anthology “Growing Up Asian in Australia.” This book was added to the VCE English book list, and second generation Australians have connected with 5 ways because of it’s genuinely funny relationship between a Vietnamese mother, and a teenage daughter. I have been invited to  events at local government and schools.  If you would like for a fun comedic guest speaker to talk about identity – Email. The short story has been republished twice. What are your 5 ways? Read it here. 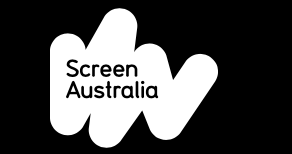 On May 8th 2019, Screen Australia announced #PhiandMeTV was granted $52k to finish the post production of Phi and Me. (Media Release)

As co-creators and writers of Phi and Me, Fiona Chau and I are so excited the first ever Vietnamese Australian family comedy webseries, originally a Melbourne International Comedy Festival show, will become a webseries for the world to see.

In 2013, I collaborated with Felix Ching Ching Ho, created and performed a solo cabaret called, Viet Kieu – The Australian Vietnamese No 1 outcast. The show was mounted at the Butterfly Club during Fringe, and was warmly received by the audience. Viet Kieu’s journey of an outcast. of not fitting in being Vietnamese or Australian and somewhere in the middle, which included songs, “Juicy Milky Hips” “Where do you come from?” and “Do you know why I do this?”  In 2015, I redeveloped VIET KIEU, and performed at La Mama’s exploration season.

I grew up in the south eastern suburbs and found there was no free drama program for young people, so in 2013 I applied for Creative V

ictoria in partnership with SEAAC Youth Services and Melbourne Playback.

From 2013 to 2015, Creative Victoria funded $140k for a youth drama program for young people. Thank you City of Casey and City of Greater Dandenong for your belief in the project. Read more here.

Tears in the Rain In 2007, Diana wrote and performed in Tears in the Rain (directed by Karen Berger with Platform Theatre), a performance about her mother’s refugee experience. During this period Diana had studied Vietnam war in university, and was working with refugees in the South Eastern suburbs. She realised their stories were universal, of surrender, escape, sacrifice and struggle.

The Racism: Get Up Speak Out program won the Federal Local Government Diversity Award in 2014.

I have been an ambassador for 2 years, and will continue in 2016. I performed a reading for the MTC Neon Festival in July 2015, by Sean McIntyre and directed by Marco Romeo at the Southbank Theatre. The opportunity came through by my role as Ambassador for MTC and Multicultural Arts Victoria, and a very good audition. I hope to have future opportunities at MTC, and diversify the MTC audience membership.